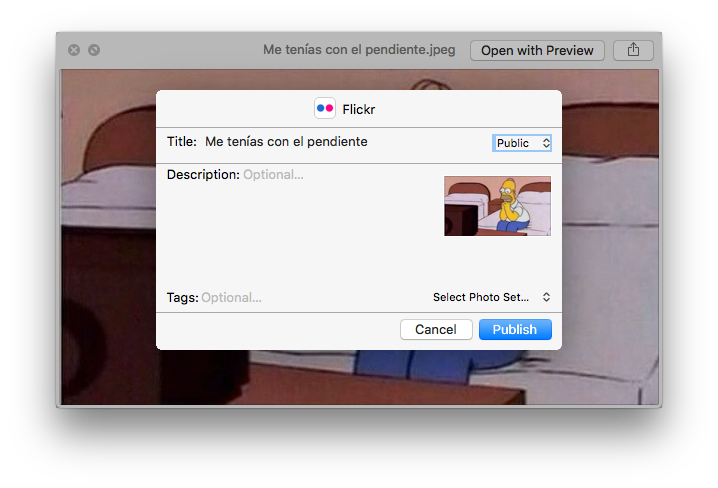 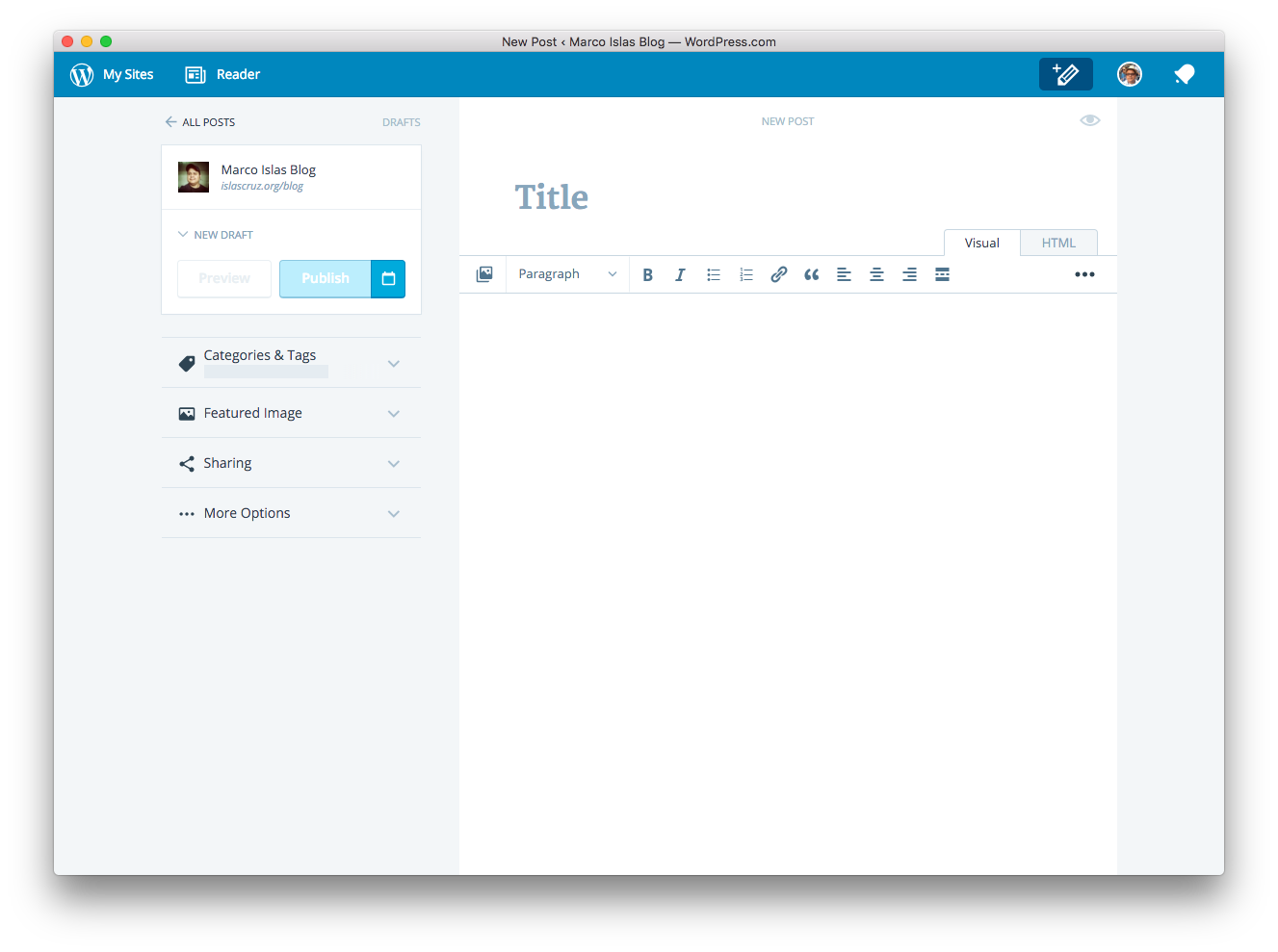 Yes, wordpress needs to integrate with the system, WordPress is by many people used as a CMS more than a blogging system. Many “news” sites use wordpress, maybe they do need to enter to the desktop/web app to write all that stuff, but others use wordpress as a simple blog system.

In a simple blog system not always things are big posts, maybe you just want to share some pictures.

Maybe you want to share just one picture. Maybe you just want to do a quick share.

I mean, is good and other apps like blogo might be wondering what to do with this new official app, what would be the added value that a user will make it use blogo instead of wordpress desktop app, but still, to me a killer feature would be: Integration with the system.

Have you been in tumblr?, I bet you did. There are lots blogs to share (pr0n) gifs, they do the “reblog” feature that I like a lot, in wordpress it is called “press it” and that is nice, having an integration with the system would be awesome, that would really make it a “desktop” app.

There is a way to post by sending an email, and that’s also great, but not having to rely on your email to share an image is great, something like this can make the trick.

I hope this feature to be added soon in both, the desktop and mobile apps.