The best MacBook Pro is the one that is obsolete

As you might noticed from this blog and my twitter account, I have (and love) my MacBook Pro, is not the new one, is actually an “obsolete” one, the MacBook Pro 13″ that is not retina display.

It has been failing to me in the last couple of months until now that is completely death. So long my beloved MacBook Pro 13″ (early 2011). Five years straight. There is still a chance to get it back if I can get a new charging sensor circuit, but I don’t rely on that. 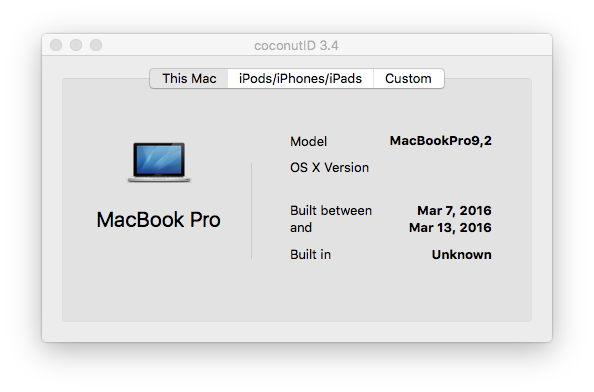 Now you might be wondering why I choose an (again quoted) “old” MBP instead of one of the new Retina Display super shiny or the super light MBA (I won’t consider the MacBook 12″ because although is Retina Display the CPU and storage is definitively not what I want).  So, lets start with the MacBook Air.

The MBA is somewhat the MacBook that is going off the line as soon as the MacBook gets mature enough (and can finally add a few ports more and a decent camera). But the problem with the MBA is the price, the MacBook 2012 is cheaper that the MacBook Air (actually is the less expensive), and that in a relation with what the computer can do I have the feeling that I’m getting more with the “old” MBP than with the MacBook Air.

So, continuing with the MacBook Pro Retina Display. This one is so fucking expensive that I don’t consider it either. but most importantly, I can’t fucking upgrade it. No new SSD, no more RAM, no SuperDrive (although I won’t use it either, but I like choices), no nothing, I can’t upgrade it, and repairing a MBP Retina Display is far expensive than a MBP 2012.

Now, the MBP is again “old” (4 years now), it has one hard drive, 500GB which is more in terms of what the base of any other MacBook (Air/Pro) offers, but it is slow. So, you get storage, but slow storage. 4Gb of RAM (half of what the MBP RD have) and an Intel Core i5 Ivy Bridge processor. 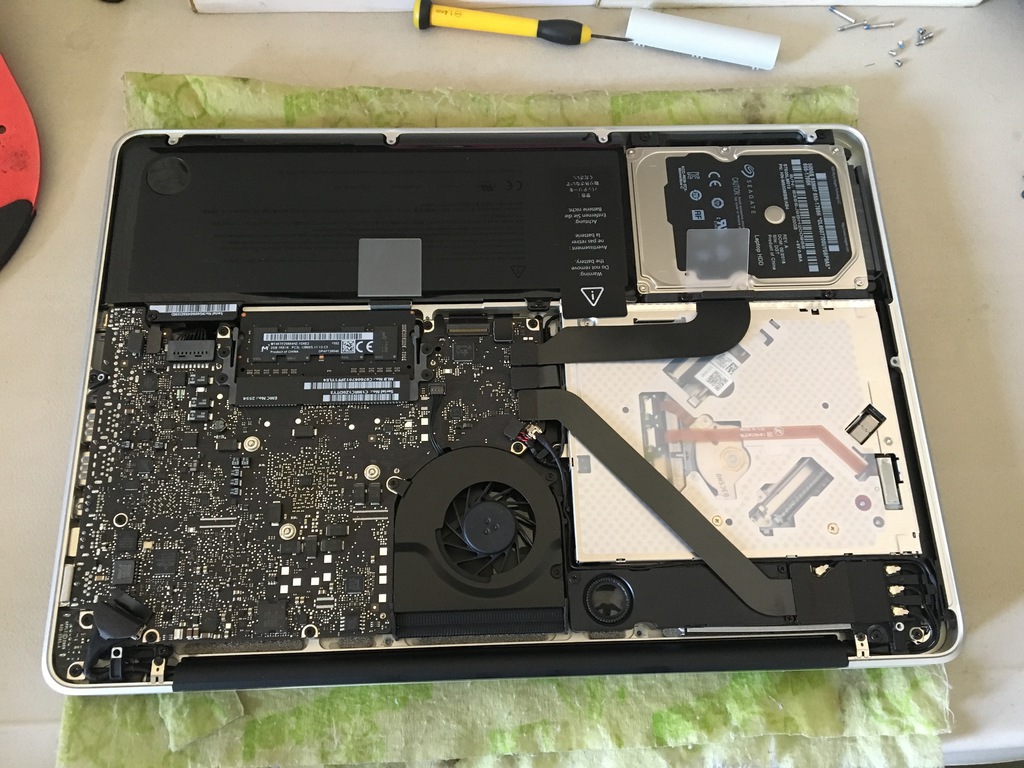 Now, let me tell you, the bottleneck of this computer is (you know it) the 5400RPM hard drive. The only thing you need to upgrade to this thing is that, you can just upgrade it and you will feel how fast it is, the OS loads in seconds (less than 15 seconds I’m pretty sure). Well, not the only one, you can upgrade the RAM too, up to 16GB DDR3 @1600MHz. 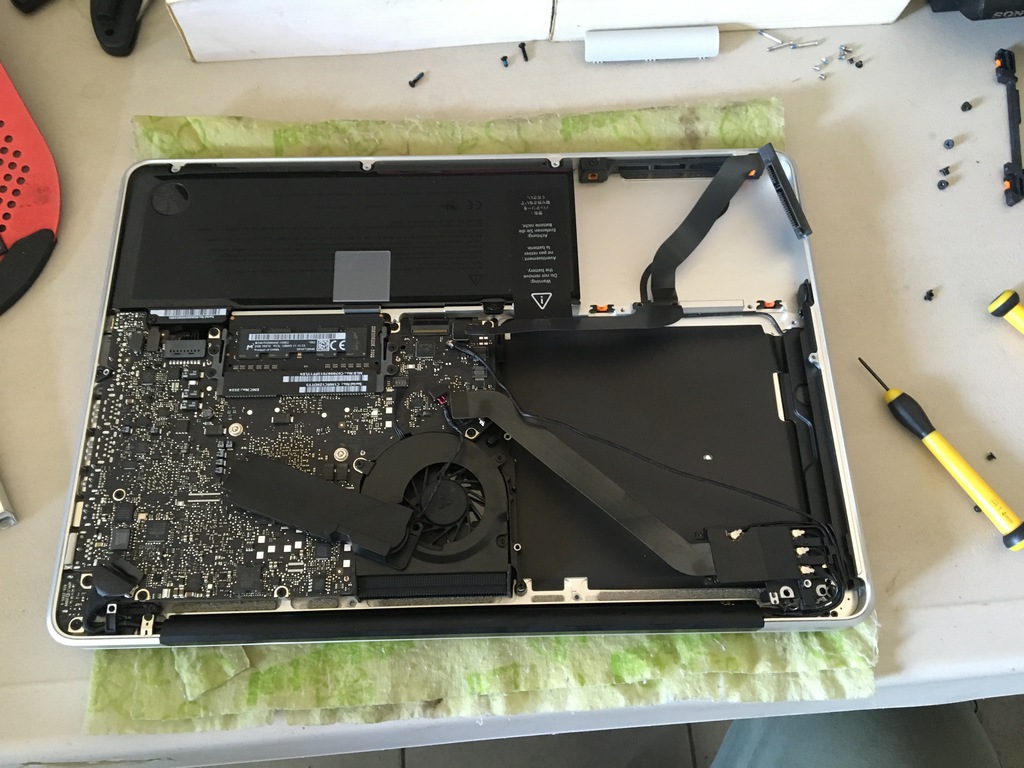 Even better, since nobody is using the SuperDrive, you can replace it with a Caddy and get the original 500GB hard drive (or bigger) there and have a massive storage in your computer or even super better, another SSD Drive and create a RAID, you will get SUPER FAST access to your data.

I don’t have that SSD drive so I put the original 500GB HDD. 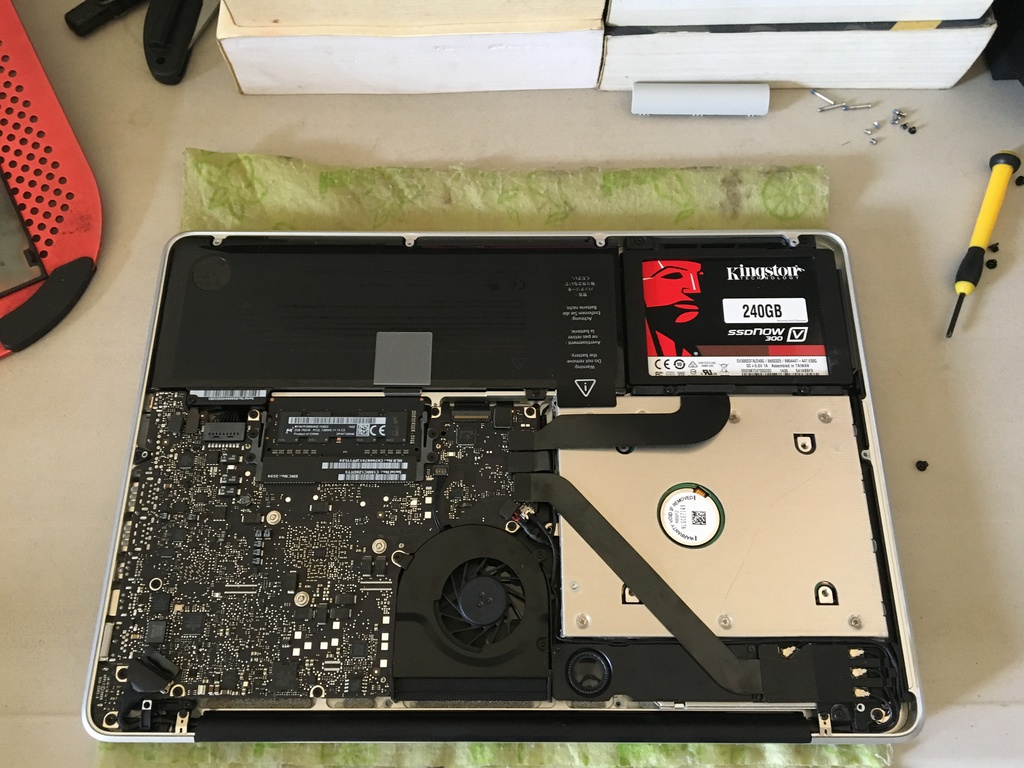 What can I do with such computer?.

So it fits perfect to me.