My PS3 is basically a Netflix client (the Wii do the same thing) for my wife and kids, but for me this is where I play, my MacBook Pro sucks at games because of the shitty HD3000 video chip which is fine for video play but not that good for gaming, which in some way is good for me since I don’t play that much in the computer and the games that I really care about are not in OS X.

Yesterday the PS3 wasn’t starting, a few seconds after I hit the start button and the green led turns on the system halted with three beeps and the green led turned red and pulsating. According to this it is supposed to mean that the PS3 got overheated and turned itself off. So, what should I do?, nothing more than cleaning.

I live in a very dusty place, is not that dusty like the places that every Hollywood movie puts as Mexico but its dusty, and since I’ve never cleaned my PS3 it seemed to be logical that the fan wasn’t working fine or the head dissipator  was blocked. Also, the PS3 already have some years and the warranty has already expired, so opening can’t make any hurt.

I opened it yesterday, and it was dirty inside: 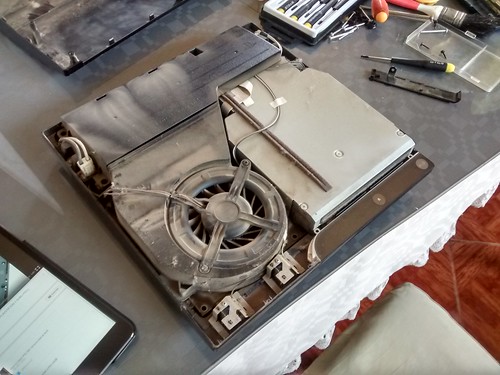 But there was still an issue, the PS3 wasn’t working, so I took it to the office, reading a bit I found that because of the overheat there may be some unsoldered chips and the way to fix it is heating it with a hot air gun,  just clean the thermal paste, add more, and it should do the trick. There is even a vide of a guys putting the whole motherboard in the oven…

Well, it turned on and and I’m happy, although I think I should consider selling it to get a new PS4. 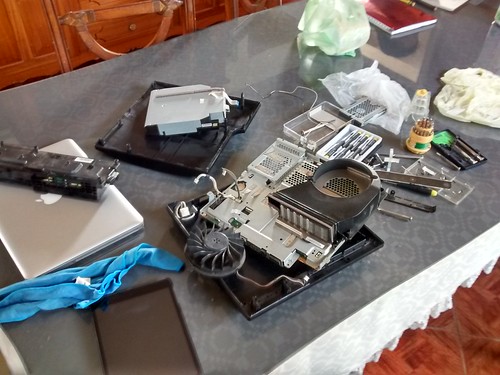 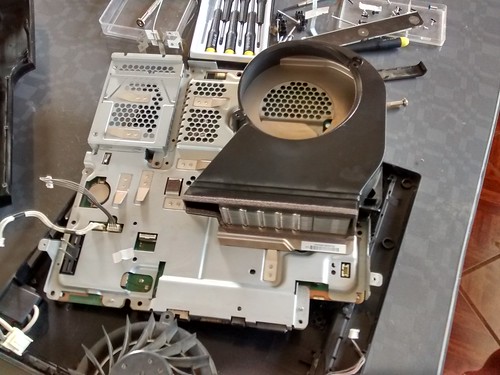 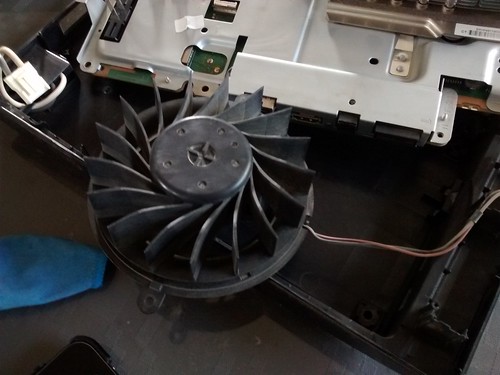 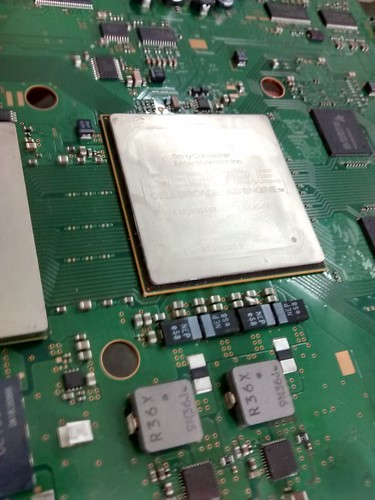 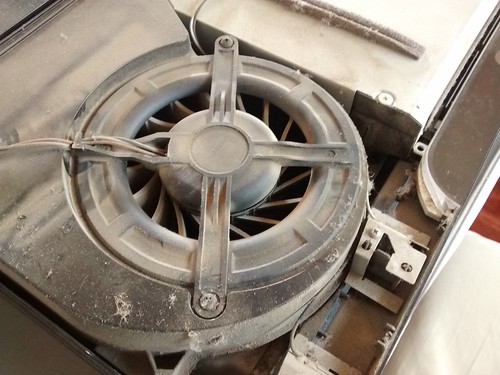 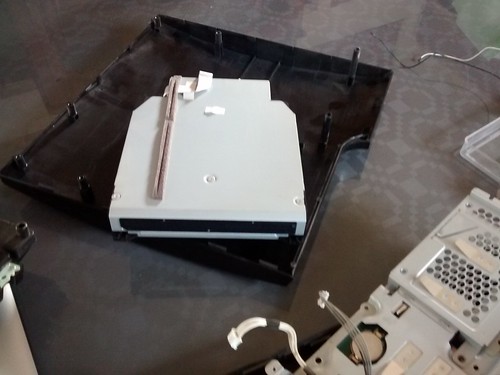 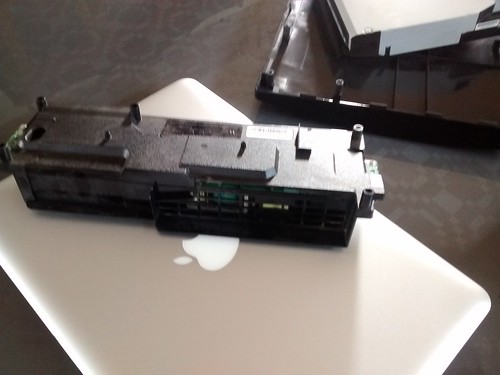 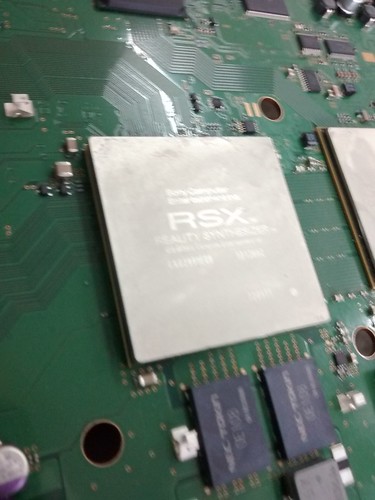 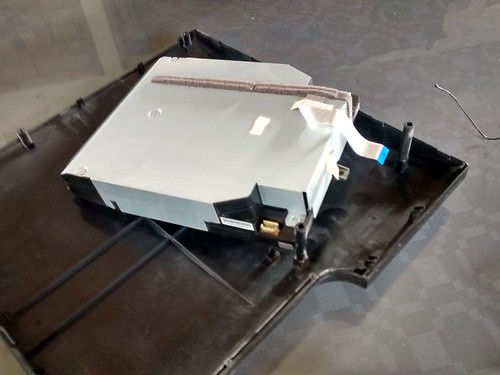 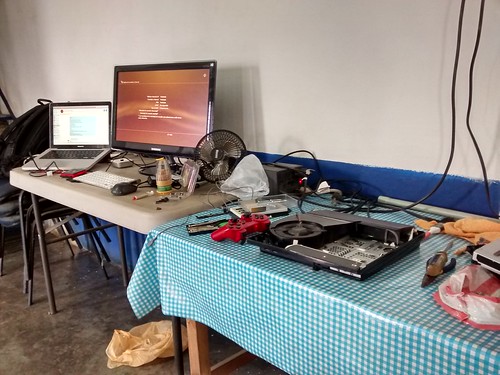 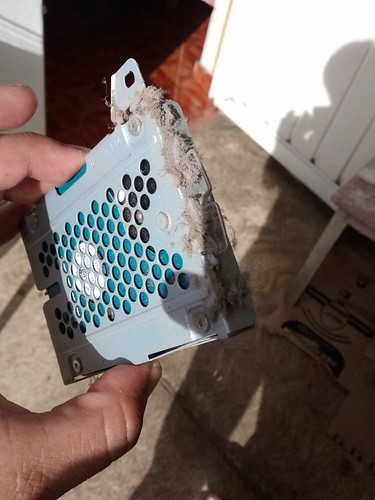