Is internet.org good for all of us? 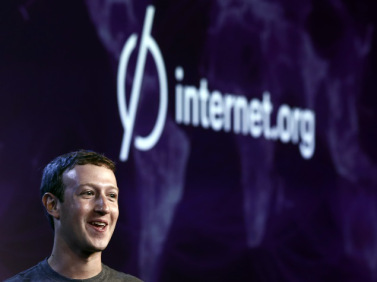 Mark Zuckerberg has been traveling to South American countries to promote internet.org, a platform that pretends to give “free” internet to places where there is no internet or people just can’t afford it. What a generous guy? isn’t he?. The problem is that internet.org is not what they say, it is not a free internet service where you can consume that internet in whatever you want, I mean, it is not neutral.

First of all, internet.org IS NOT UNILIMITED AND FREE INTERNET access, and it is not charity. is just one mobile application that includes shortcuts to around 15 sites where obviously you’ll find Facebook, then Wikipedia, AccuWeather and some other local services depending on the country, but it is not a free internet service. This affects because it gives nototious preference to some sites, avoiding competition, but, okay, let’s call this an association and minimize the fact that they are putting themselves in a place where there is no competition, okay.. just, an association.

Also, internet.org does not come with all the infraestructure, it needs to use the one that an ISP already have in the given country, Claro, Telmex, Digicel etc.., where the service is “free” but only for internet.org and this “free” service is only available on such ISP, Iusacell, Movistar, Unefon, etc.. are excluded, they still need to pay for such service. This affects free competition again, because it turns the possible customers to only company that provide access to internet.org sites for “free”. But, again… just, an association.

Now, everyone else would say, well, at least it is “free” but no, it is not. Here in Mexico some Mobile internet providers offer what they call “social networks” for free, to start, Facebook and Twitter are definitively not the only couple of social networks, and WhatsApp is not the only one messaging platform, but okay, it doesn’t cost to you if you have to use them. In the case of internet.org the end user will not have to pay directly, yes you read well, directly, for the use of internet.org, Mark made some agreements with the government so the gov. have to pay to the ISP the expenses of such service. Now you know who will pay that service, You and Me that pay taxes. But also the user that can’t afford it, their taxes will raise or some other service will suffer a cut in the budget but in the end they will have to pay it.

For those that don’t care if someone else will have to pay for this, you will also have to pay, this is just a hook so you have to consume internet in your mobile devices (you’ll probably have to buy a new device from that carrier, so that’s one part of the business) with some other apps that are not part of internet.org and you’ll have to pay for that internet too.