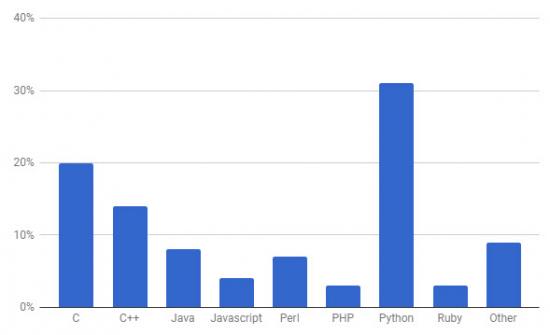 Not that I’m surprised, Python is in humble opinion the best balanced programming language, it is really general purpose pl doing from simple automation scripts to complex projects and scientific computing.

Of course, there are areas that are missing, like static typing in which compiled devs are pretty used to, it is pretty tied to the GIL and multiprocess may not be as easy as other languages that give this as default, but this is intended in order to keep the language as simple as possible.

Aside of the super simplicity in the syntax, is simple in the way it was designed… everything in Python is an object and mostly everything is code, even the keywords like “class” and “def”, this allows levels of flexibility that few programming languages achieve.

Anyway, is not a surprise. Long Live to Python!.