PowerShell is open sourced and is available on Linux | Blog | Microsoft Azure // No, Microsoft Doesn’t love Linux, it NEED it! 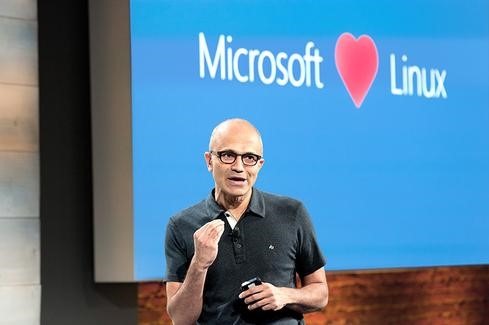 PowerShell, the shell that Microsoft Windows uses (don’t confuse it with the command line, PowerShell is way more powerfull than that) is now Open Source, note Open Source, not Free Software. Why does Microsoft opened its Shell?.

Well, I suppose that marketing team got a hit with the “Microsoft ❤️ Linux” slogan, but the true is that no, Microsoft does not Love Linux.

Microsoft has changed a lot, but is not just because Microsoft suddenly wanted to be the good guy. Please remember how is that Microsoft become one of the most popular software companies in the world. Without taking credits of being a doer. Bill Gates bought DOS to a company, modified it and resold it as MS-DOS, that gave it the chance to surpass the others since Microsoft was not tied to a computer vendor. They needed an OS.

I don’t want to talk about the Microsoft Windows interface and how they copied from Apple, etc. What happened with Internet Explorer? Derived from Spyglass Mosaic, and remember that they tried to create their own “internet”?. well, the couldn’t but Internet Explorer remains and was because they need it.

With time Microsoft changed from being a software company in the old way, selling software, making you pay for a license to other areas, like services, like Gaming, Mobile etc… One of this is the virtual and cloud computing.

Azure is one of the big products that Microsoft have, you can create virtual machines that integrates with Azure to have flexibility in deployment etc.. something similar to what Amazon/Google have. But as Jeffrey Snover said in the post, “Nearly one in three VMs on Azure are Linux. Nearly 60 percent of third-party IaaS offers in the Azure Marketplace are open source software (OSS)”. One third of the VMs on Azure are using Linux, and I don’t think Microsoft is giving that computing time for free, so they had to support Linux.

Now, although I don’t particularly like Windows or their development tools, I like that they are opening their tools, there are more options for developers. But I still think that Microsoft doesn’t love Linux, it needs it.

Source: PowerShell is open sourced and is available on Linux | Blog | Microsoft Azure